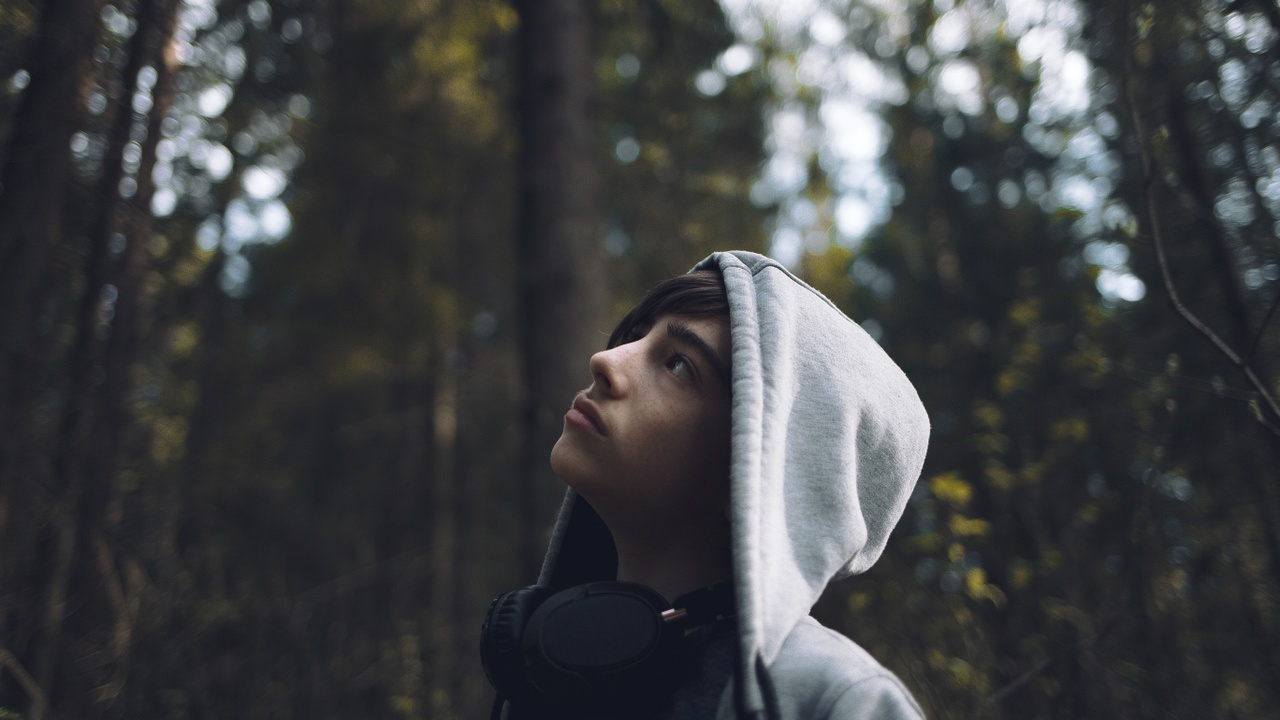 Why I’m Not Punishing My Tween

Mindful Parenting Helps Me Remember My Role As a Guide

My tween is struggling and I’m worried.

My son is 10 and entering middle school. I see him struggling with himself. I see him having a harder time accepting feedback than he has since he was a toddler. I see him behaving in ways that make me uncomfortable.

I know he needs more autonomy, but that need is coinciding with really bad choices. I worry, what will become of him if he continues fighting with friends, talking back to adults, and either ignoring or raging at his parents?

He has had a few meltdowns that rival those of the toddler years, except that now he is bigger, louder, and throws things at my head. He has also punched his best friend a few times, who he has always been so patient with in the past. I wonder, are his hormones raging before any physical signs?

I try to micromanage his sleep and eating, to avoid “hangry” episodes. I’ve never been one to tiptoe around my explosive kid, but now I feel my throat tensing up at the first signs of rigidity or defiance. 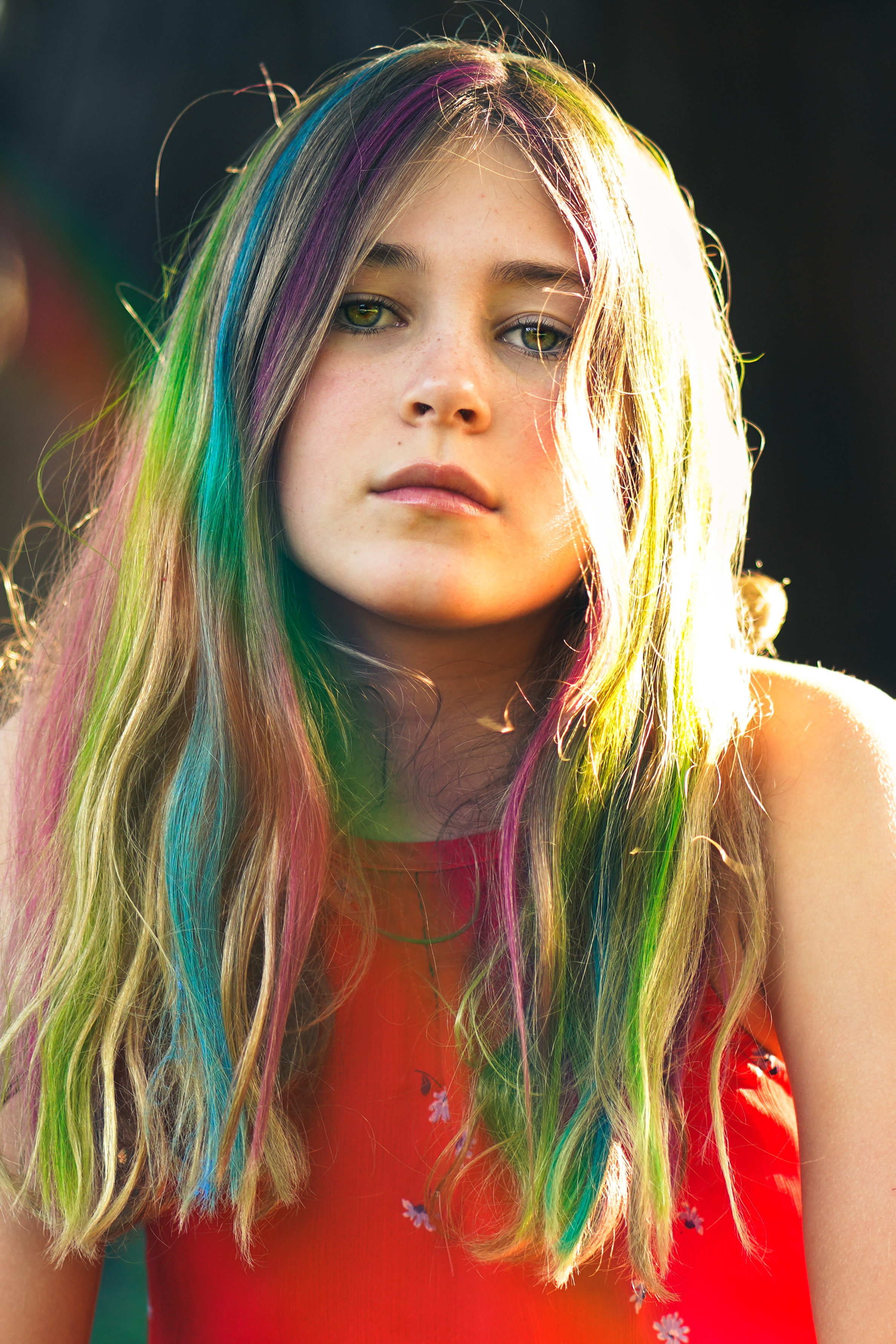 It’s not like parenting him has been easy up until now. “Raising Your Spirited Child” was one of the first parenting books to make sense to me. We’ve navigated an alphabet soup of diagnoses throughout his life. This feels different. It’s as if, right now, the choice I make each time there is a conflict is more crucial than ever. As if these years may be my last chance to have an impact.

He has just developed a new skill: lying. We’ve had barely anyone in our house since Covid began. His little friend who lives in our building snuck into his room without us knowing, and they played together quietly with the door closed. The kid’s dad came looking for him and he scurried out before I even knew. I was like, “Are you kidding me?” Baffled by this brand-new developmental skill, I reminded my son that it is against the rules to be in a friend’s house or invite them into ours without permission, and we would need to discuss health and safety with his friend’s parents before any changes were made.

A few days later, I was working in my room, and they did the same thing again. I had no idea, and he told me afterwards, kind of proudly…I wondered, “How can I trust him? How can I let him venture out into the world?”

Of course, the world is so different and scary right now, how can any of us trust anything? Does any of it make sense? The safety rules keep changing and nothing has been “normal” for so long we barely remember what “normal” was like. Why listen to a rule that says you can’t play with your friend in your own room? When you’re bored most of the time, lying to your parents is at least a bit of excitement. He is a big bundle of impulses right now. The impulse to connect with a friend was stronger than the impulse to follow an arbitrary rule. I get it. And lying is actually an age-appropriate developmental skill. While part of me is terrified, another part is excited.

Adults who he has disrespected come to me with their complaints. Other parents are (justifiably) angry that he’s physically fighting with their kids. I’m grasping at straws… I feel like a deer in the headlights… I’m hiding behind metaphors because I’m at a loss.

What do I do? Punish him? Set him straight? That seems the clear choice to others, those who believe they know best, whether they know us or not. I know a lot of other parents would have punished him. I know I could curb the behavior momentarily by coming down hard or enticing him to comply with short-term rewards. Yet I’ve never had less influence on him than I do right now.

I know our connection would suffer.

“Our good parenting does not get rewarded with good behavior. Our children’s reactions to our interventions are not a barometer for our impact or effectiveness.”

That hard-earned influence is what’s important in the long run. Aside from a few missteps, I have been respectful, present, and close his whole life. We have had clear house rules and communicated our core values throughout his life. 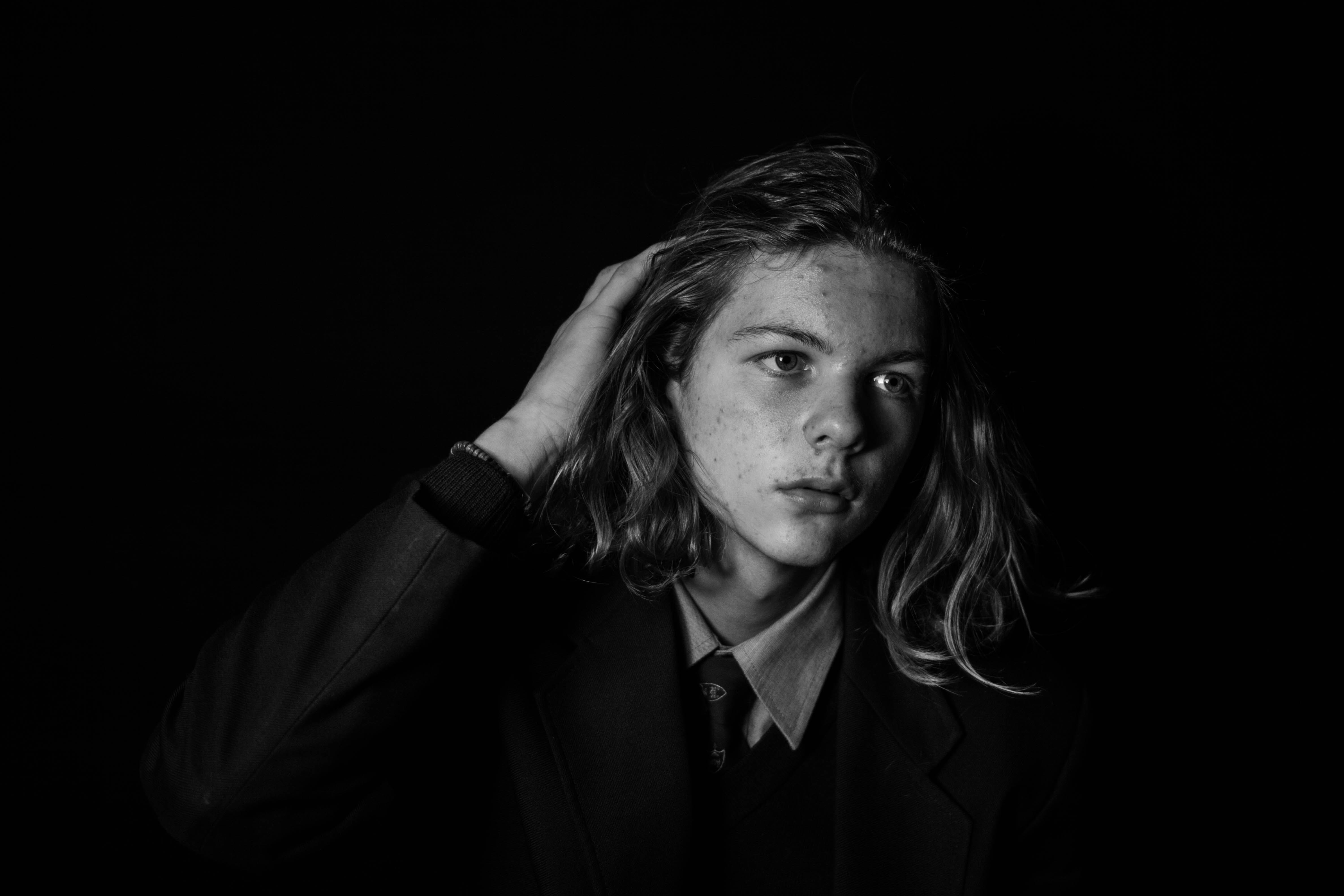 I could turn myself inside out with the pain of it. In fact, I have. I’m mad at him. I’m mad because I’m afraid. Anger is always a cover story for either sadness or fear. We feel that something is missing, or something is wrong. Neither is necessarily true, but we feel the threat or loss and we are compelled to react. That is how we evolved to survive: by reacting before thinking.

Sometimes, a parenting decision really is an emergency — like a toddler running into the street. We act instinctively, grateful for those fast reactions. This is not one of those times.

Not knowing what to do is uncomfortable for anyone, and for a parent it feels irresponsible. On the other hand, my mindfulness training has taught me that pausing has value. If we can create space before responding to a situation, reason has time to override reactivity. There will eventually be natural consequences. I won’t set him up to fail, but there will be stumbles, disappointments, and ruptures that need repair. When he learns those hard lessons, I can be there beside him. The most important thing is that he still trusts me. I hope he tells me about those stumbles. He will need compassion.

Keeping my cool and detaching with love don’t always happen. Some days I feel like a parenting failure. Especially the days when I judge myself based on my kid’s upset feelings and strong reactions. ⁠⁠

⁠⁠⁠⁠On the second day of day camp, he and another kid were taken to the office. I got a call. They had paper that was folded to look like knives. It seemed like a minor thing to me, that had been blown out of proportion by the camp staff. Most kids would know that isn’t okay, but my son needs to be told the rules explicitly. When people just assume that he intentionally broke a rule, he feels defensive. So, he talked back to the camp director. I asked when they called, “You know he has social communication issues, right?” but it seemed they had already labeled him as disrespectful. Whether I agree with the camp staff or not, I know he comes off as rude. It worries me. What worried me more was that he didn’t want to return to the camp. On day 2.

On days like that, I remind myself of the long game. One failure doesn’t define me. I tell myself that mistakes make us better… if we learn from them. I’m always learning and growing. So is he. ⁠⁠ 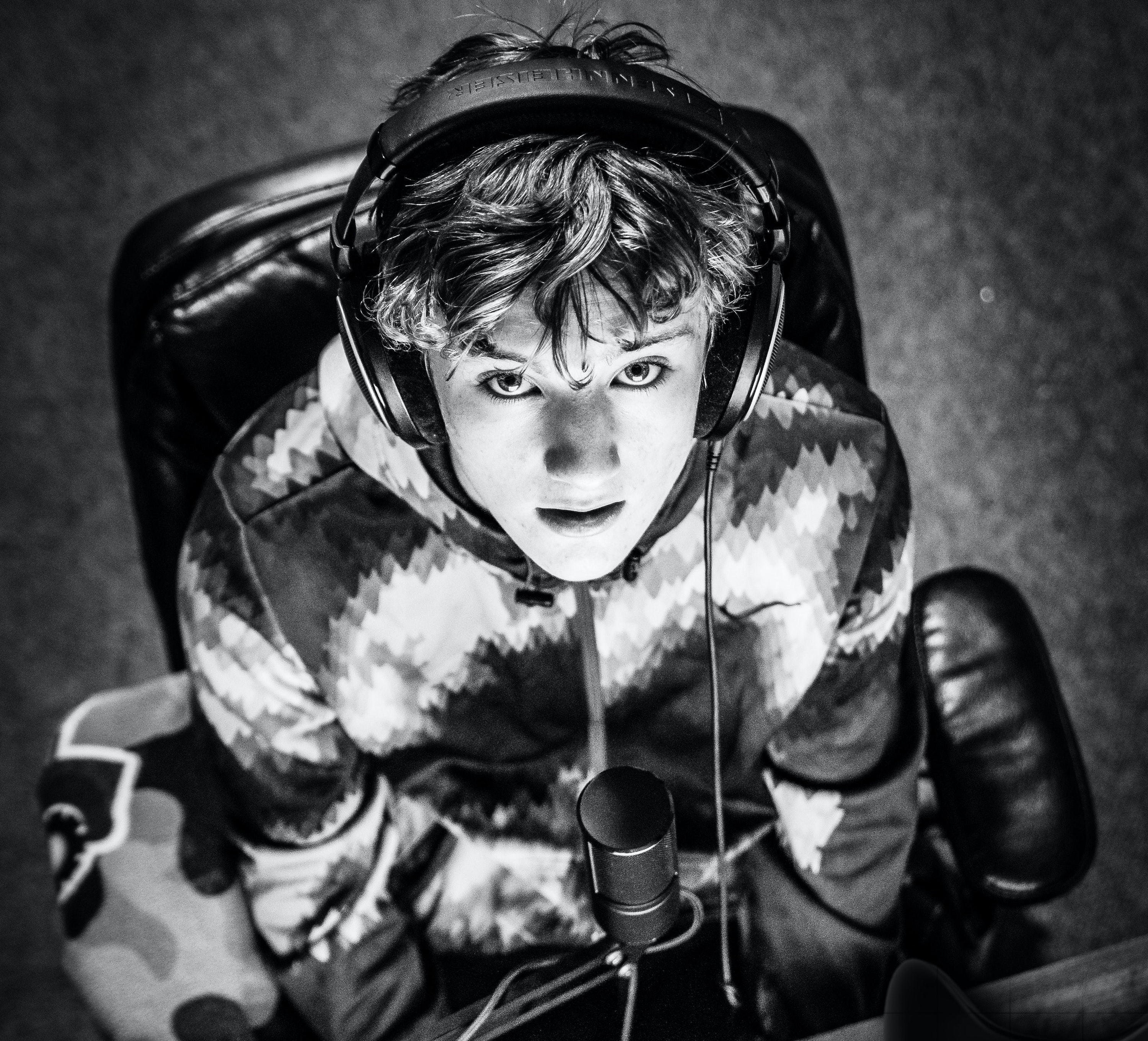 Mindful parenting starts with awareness of our own emotions and learning to regulate those. Then we can model self-regulation for our kids. We can teach our kids by our own example rather than through consequences or coercion. We can put relationships first. We can help our kids learn to make better choices, while giving them grace when they make mistakes.

“The most successful relationships with children are based on recognizing that they also have power. This does not mean that we give up our responsibility to protect and guide, but rather that we understand that they are part of the process.” ⁠⁠⁠⁠
-Judith & Ike Lasater, “What We Say Matters”

It is so much easier to practice mindful parenting when things are going well! I feel a profound sense of helplessness right now. I’m itching to reach for the blunt instrument of rewards and punishments, even though I know they won’t work in the long run.

What I’ve done instead is set aside any work that can wait. I make sure we have fun together and that I’m moving my body. I told him I was not going to send him away with his grandma for a week, and instead I would come along. He was overjoyed. It was confirmation of something I had been unsure about: He still wants me. He still needs me. And he needs to know that I also truly want to spend time with him. I realized the irony of neglecting him in order to finish writing a mindful parenting book. So, I pushed the deadline back and played hide and seek. There’s no happily ever after here. He’s often infuriating. He’s also curious, cuddly, and a great negotiator.

Empower Rather Than Overpower

Power struggles don’t have winners. I’ve never been one to say, “Because I said so!” (Because I knew it wouldn’t work) but there have been times I’ve used coercion and manipulation for short-term parenting wins. We have both outgrown those times. By empowering rather than overpowering him, and trusting his inherent goodness, I’m centering our relationship.

I know our family needs help. My son needs a trusted adult he can talk to who is not his parent — someone who can help him work with his anxiety and guide him through this teen transformation. While I try to find him a therapist, I’m setting aside my personal goals momentarily. I’m downshifting and putting my attention on his strengths and interests.

The more time and undivided attention I give him, the more I notice his impulsiveness channeled into creative pursuits. He’s making movies. His defiance is turning into assertiveness and independence. His frustration tolerance is increasing. This makes sense to me—when we feel strong in our center, we are less easily swayed. I’m seeing that what he needs is not more space to be independent, but for me to witness his growing inner strength as the marvel that it is.

I had this idea that middle school meant he would want and need me less. I expected him to step into his new role without being taught how. When I sent him to a camp that labeled him bad, when I retreated into my room to work and expected him to follow my rules, when I lost patience with him because he “should” be more independent, I set our relationship back. Now is actually a time when he needs me MORE, not less.

My Role Is to Guide

These principles from mindful parenting have been especially important to remember during this transition:

Our kids start growing bigger and the world expects more of them. They feel that pressure and may need us more than ever.

Mindful parenting helps me remember my role as a guide. My son still needs my nurturing and unconditional love. He always will. I won’t let my anxiety get in the way of his growth. I won’t punish him. I’ll stay close, be a witness to his transformation, breathe, accept help, and trust that he’s doing his best. This is not an emergency, it’s a metamorphosis.

Participate in my book launch for
Atypical Kids, Mindful Parents: The joys and struggles of raising neurodivergent kids
and get some sweet bonuses!

Participate in my book launch for
Atypical Kids, Mindful Parents
and get some sweet bonuses!

Participate in my book launch for
Atypical Kids, Mindful Parents
and get some sweet bonuses! 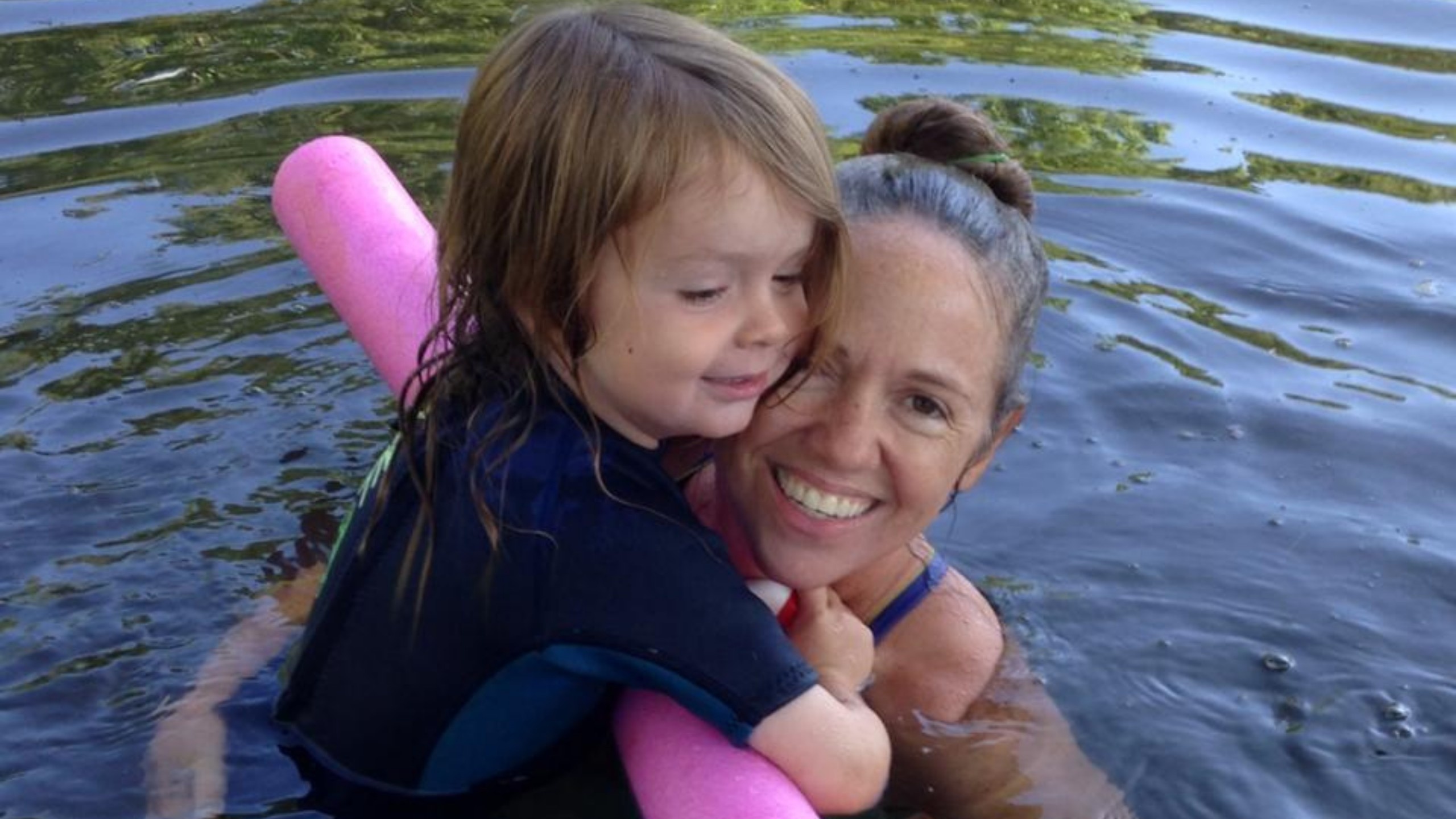 for Atypical Kids, Mindful Parents: The joys and struggles of raising neurodivergent kids,  and get some sweet bonuses!